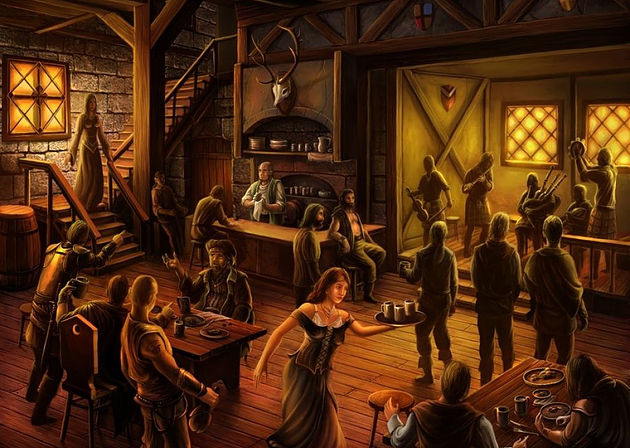 Three players built characters this night. Though they aren’t quite finished the details of the characters, a small mini-adventure is run to start teaching the new players the rules of the game and how role-playing works.

Three unlikely travellers are thrust together as they search for a mysterious boon by ancient magic in the forest based on the drunken ramblings of the innkeeper. An old, magic tree reveals a small dungeon and a blood-magic boon. The characters forge a bond of trust after claiming the boon to resurrect their companion, the ranger Zita.

On returning to the inn to regale the innkeeper they discover him dead, burnt to a crisp, with a demon touched figure standing over him reading a note…